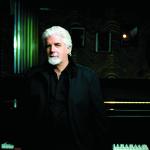 Set in the breathtaking Saratoga Spa State Park where colorful blankets and tents are "home" for fans who know "it's all about the hang". From R&B to swing, from Latin jazz to fusion, the 34 year old festival celebrates the music and genius of artists from every corner of the jazz tradition!

• Dedication of a star in SPAC's Walk of Fame for George Wein, iconic jazz producer and festival founder
• Dee Dee Bridgewater in her acclaimed tribute to Billie Holiday, "To Billie With Love"
• A Live DownBeat Magazine Blindfold test with Ben Allison on the gazebo stage