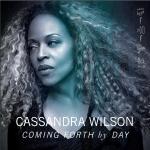 Cassandra Wilson, one of the finest and most important jazz, blues, country and folk vocalists today, salutes the superstar and legendary songstress Billie Holiday during Lady Days centennial celebration week. Timed with what would have been Holidays 100th birthday, Wilson will release Coming Forth By Day, a celebration of Billie Holiday, on Sony Music/Legacy Recordings.

Wilson became one of the founding members of the groundbreaking M-Base Collective in the early 80s, released the landmark album Blue Light Til Dawn in 1992, has earned two Grammys (1996, Best Jazz Vocal Performance for New Moon Daughter; 2009, Best Jazz Vocal Album for Loverly), and has received countless other honors and awards during her illustrious career.

Join Cassandra Wilson as she headlines the legendary Apollo Theater for the first time in honor of a trailblazing artist who first graced the same stage in 1934!