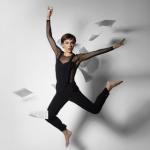 Following Catskill Jazz Factory’s smashing sold-out The French Connection series, this world premiere takes audiences on a journey that spans the vibrant energy of European swing through the wonders of French mélodie and chanson. This unique concert draws from the works of Debussy, Ellington, and Porter, and the enchanting French Songbook of Edith Piaf, Jacques Brel, Serge Gainsbourg, and others.

Trumpeter Alphonso Horne is a two-time Grammy-nominated trumpeter named by Wynton Marsalis as one of the rising stars of the next generation. Horne has performed with many renowned jazz artists, including Wynton Marsalis, Marcus Roberts, and Michael Feinstein.

Since becoming a social media sensation with more than 800,000 views and 30,000 followers on Facebook—where she sings the solos of the great jazz masters—people have not stopped talking about rising vocalist Camille Bertault. While pursuing her degree in classical piano, Bertault also studied voice and theater. After graduating, she enrolled in the university’s jazz department where she continued her studies in music theory, composition, and improvisation.