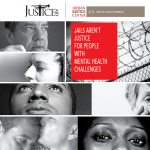 singing One of His & One of Hers

This special JusticeAid presentation features six powerful female artists, celebrating Bob Dylan on his 76th birthday. They will perform songs from the Dylan songbook, and perform their own original material as well.

JusticeAid, a Washington DC-based organization uses music and the arts to raise awareness for a legal and social justice crisis affecting our society. Their first NYC event will raise funds for  the Mental Health Project of the Urban Justice Center, which enforces the right of low-income New Yorkers with mental illness. The Project's team of attorneys, social workers and advocates represent individual clients, bring class action lawsuits, and engage in community education and outreach with the belief that low-income people with mental illness are entitled to live stable and full lives, free from discrimination.

After attending Berklee College of Music, the Ghanaian born and Nashville-raised Amanfu moved to the U.K. She released her debut solo album Smoke & Honey (Polydor/Murlyn/Interscope) in 2003, which produced the chart-topping single “Sugah.” After an extended period overseas, Ruby returned home to Nashville and focused her attention on songwriting. As a performer, Ruby has worked with such artists as Wanda Jackson, Patti Labelle, Jack White, Beyonce, Dan Wilson, Tommy Sims, Charlie Peacock, Brittany Howard (Alabama Shakes), Chris Thile among others. Five record deals and two publishing deals later, Ruby is enjoying creative freedom as she prepares for the release of her next solo album.

Mentored by the late Walter “Junie” Morrison of Ohio Players/Parliament Funkadelic, Redbone has earned a solid reputation as a sought-after collaborator. Her latest album, The Garden Of Love – The Songs of William Blake, traces the sonic path of her roots. Redbone’s theatre project Bone Hill, originally commissioned by Joe’s Pub/Public Theater, is inspired by her own family lineage in Appalachia. Redbone, since establishing her career in London and New York City, has humbly and steadfastly earned a solid reputation as a sought-after collaborator. Alongside her career as a recording artist and songwriter, Redbone has maintained a steady involvement with causes she believes in, providing fundraising and leadership skills.

Carrie Rodriguez, a singer-songwriter from Austin, Texas, finds beauty in the cross-pollination of diverse traditions. Her newest project, the Spanish/English album Lola, is both a return to her musical roots and something of a departure where she delivers her own twangy, Texas-bred twist on Mexican Ranchera songs, creating culturally blended music for a culturally blended world. Early in her career, collaboration with singer-songwriter Chip Taylor resulted in four highly acclaimed duet albums. Her subsequent solo albums highlight the diversity of her musical identity, from her debut Seven Angels on a Bicycle to 2013’s Give Me All You Got.  Carrie has toured, recorded and co-written songs with legendary artists such as Lucinda Williams, John Prine, Bill Frisell, Rickie Lee Jones, Mary Gauthier, Los Lobos, Alejandro Escovedo and Los Lonely Boys, among others.

Petite Afrique, the new album from superb jazz chanteuse Somi, is a song cycle inspired by the vibrant African immigrant community that has become a vital part of Harlem’s cultural dimension and to New York City as a whole. The songs on the album are based on Somi’s conversations with diverse members of the Harlem community reflecting on themes of transnationalism, cultural difference, assimilation and gentrification.Born in Illinois, the daughter of immigrants from Uganda and Rwanda, Somi is a TED Global Fellow and also the founder of the New Africa Live nonprofit that champions African artists. For the last decade Somi has carved out a career of singing and being an activist.

The 27-year-old, Nashville-based singer, songwriter and pianist Kandace Springs counts such stylists as Billie Holiday, Ella Fitzgerald, Nina Simone, Roberta Flack and Norah Jones as her heroes, but as evidenced by her sparkling full-length Blue Note Records debut, Soul Eyes,Springs mimics none of them.Springs draws much of her inspiration from her father, Scat Springs, a respected session singer in Nashville. Due to him, Springs grew up surrounded by music, and he encouraged her to take piano lessons after he watched her peck out melodies on the instrument when she was 10. An early demo Springs recorded caught the ears of Rogers and Sturken, who have written hits for the likes of Shakira, Christina Aguilera, and Kelly Clarkson, who produced Soul Eyes along with Grammy-winning producer, Larry Klein.

Every new album from Dar Williams represents her thoughts and feelings about both her own life and larger forces in the world. Her ninth and latest studio record, Emerald, marks a particularly dramatic confluence between her experiences and broader contemporary culture—and what it means to be a songwriter at this moment in history. In the past few years, Williams has been involved in a wide range of different efforts and projects: teaching a course titled “Music Movements in a Capitalist Democracy” at her alma mater, Wesleyan University; working with children at several summer camps; leading songwriting workshops; getting involved with the workings of her village; and writing a book about the ways she’s seen towns becoming more independent and prosperous over her twenty years of touring. In addition, in the face of dramatic transformations in the music industry, she released Emerald on her own, via a Pledge Music crowd-funding campaign.