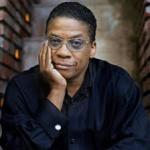 We are proud to be part of the production team for the New Orleans segment of the first International Jazz Day. The event is being led by UNESCO Goodwill Ambassador, Herbie Hancock, and produced by The Thelonious Monk Institute of Jazz and UNESCO.

The event will be broadcast live on wwoz.org, online at jazzday.com and will be covered by national and international TV networks.

What: In November 2011, during the UNESCO General Conference, the international community proclaimed 30 April as "International Jazz Day". The Day is intended to raise awareness in the international community of the virtues of jazz as an educational tool, and a force for peace, unity, dialogue and enhanced cooperation among people. Many governments, civil society organizations, educational institutions, and private citizens currently engaged in the promotion of jazz music will embrace the opportunity to foster greater appreciation not only for the music but also for the contribution it can make to building more inclusive societies.