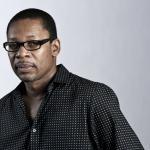 Ravi Coltrane first appeared at Monterey in 2001, nearly 41 years to the day after his own father made his debut at Monterey in 1960. Nicholas Payton was Monterey’s Artist-In-Residence in 2000, and Gerald Clayton, Joe Sanders, Gregory Hutchinson and Kendrick Scott, some of the rising stars in the jazz world, have been performers on Monterey stages and as high school students at the Festival’s student competition, the Next Generation Jazz Festival. Raul Midón, one of music's most distinctive and searching voices, has appeared at Monterey three times since 2011.

Gerald Clayton acts as musical director for the group, and has a long history with the festival, both as a student and as a performing artist. A scholarship and soloist award winner at Monterey’s 2000 and 2001 springtime Next Generation Jazz Festival with the Los Angeles County High School for the Arts, Gerald made trio appearances at Monterey in 2010 and 2012 with Joe Sanders, and recently performed in 2014 in a duo with Charles Lloyd.

Gregory Hutchinson and Kendrick Scott split the drum position on the tour: Hutchinson plays the January and February dates, and Scott plays the March dates. Both drummers have a long history with the Festival: Hutchinson’s first of three appearances at MJF was in 1992, and Kendrick Scott, a three-time Berklee/Monterey group drummer from 1999-2003 has played at MJF nine times. Additionally, he was the drummer with MJF’s 50th Anniversary All-Stars on the 54-date tour in 2008, and performed on Terence Blanchard’s GRAMMY-winning recording with the band.