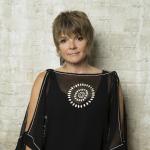 George Wein, the producer of the festival since it’s inception in 1954, and now at 87-years young, continues to hear live jazz in the clubs of NYC on a regular basis and has focused the programming of the festival towards the young composers and musicians who perform nightly in those venues.