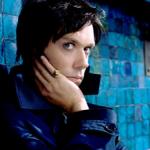 The Wainwright family revives the popular Christmas concerts of years past with this year's presentation at Town Hall in New York City.