Other Voices NYC: A Celebration of Music & Literature 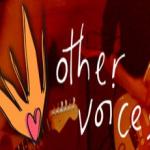 Other Voices NYC: A Celebration of Music & Literature

Other Voices, the internationally acclaimed music series from Ireland, crosses the Atlantic this fall for a special two-night celebration of music and literature at New York’s Le Poisson Rouge on October 27th and 28th.

Heading into its tenth year, the Other Voices music series is filmed each winter in Ireland, at the tiny, historic and very beautiful two-hundred year old St. James’ Church in Dingle, Co. Kerry. Celebrated Irish and international bands and musicians, along with many of Ireland’s most exciting emerging artists gather in the town, recording in-depth interviews and performing unique live sets to intimate audiences. The series has hosted a myriad of acts from across all genres of music including Glen Hansard, Damien Rice, Amy Winehouse, The National, Snowpatrol, Ray Davies, Josh Ritter, The xx, Florence and the Machine, Ryan Adams, Ellie Goulding, Steve Earle, Emiliana Torrini, James Blunt, Rufus and Martha Wainwright and many more. The series is broadcast on TV stations globally. Some say that on a clear Atlantic day, you can see New York from Dingle, a picturesque fishing village at the southwestern tip of Ireland. Visible or not, the cultural connections between this rural Irish town and the American metropolis are undeniable. "The DNA of Irish and American music is woven together, each leaving an indelible mark on the other," says Other Voices Series Editor Philip King. "The gathering of artists in Dingle each year gives voice to that truth."

Speaking of Other Voices NYC, King says “There is a continually evolving exchange taking place among a new generation of Irish and American musicians and writers. Many of the great artists contributing to this unique event visited with us in Dingle and found the experience uplifting and inspirational. It’s exciting for us to journey to New York City to continue the conversation and to support Fighting Words.”

Other Voices NYC is part of Culture Ireland's "Imagine Ireland" program, a year-long celebration of Irish arts in America, funded by the Department of Tourism, Culture and Sport.
www.imagineireland.ie