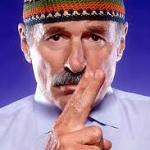 This concert is part of Late Nights at Zankel Hall.

This energetic repertory ensemble celebrates the music and ethos of Joe Zawinul, a hero of the frontier era of fusion, and a vital force until shortly before his death, at 75, in 2007. Spearheading the group on synthesizers is Scott Kinsey, a worthy heir; its ranks also include Katisse Buckingham on reeds, Hadrien Feraud on electric bass, Robert Thomas Jr. on percussion and Michael Baker on drums.