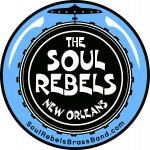 As always, Bill Cosby will be the master of ceremonies