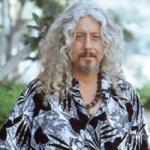 Inspired by America‟s “Mother Road,” this performance is directed by legendary folk singer, Arlo Guthrie, and showcases the nostalgic songs and music of an era when this famous highway was the path of choice through the American west, uniting people on their journey from Chicago to Los Angeles. With its starting point adjacent to Symphony Center, at the corner of Michigan and Adams, Route 66 celebrates its 85th anniversary in 2011. Singer-songwriters Vance Gilbert, Eliza Gilkyson, and Chris Smither are this evening‟s special guests, joining Guthrie for this celebration of America‟s most famous highway.

Check out the promotional video! http://www.youtube.com/watch?v=OtoAOxy8Slk